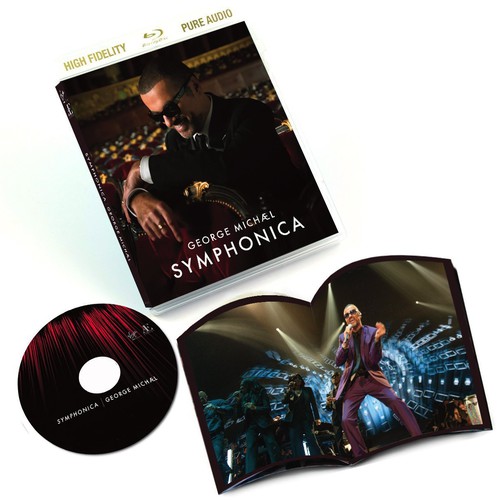 Blu-ray edition includes three bonus tracks (also featured on the Deluxe CD edition). 2014 release, the sixth solo album from the global Pop superstar. The Symphonica album was recorded during George's wildly successful 2011-12 tour of the same name, a labor of love which fulfilled George's long-standing ambition of showcasing his extraordinary vocals alongside an orchestra in some of Europe's finest, most prestigious venues. Like the tour, the Symphonica album comprises lovingly arranged and sung versions of carefully selected highlights from George's sumptuous back catalog plus interpretations of songs by some of George's favorite artists. Since he entered our lives in 1982, George Michael has become an international artist of the highest order. He has sold well over 100 million albums in a world where Germany's population is 80 million and the United Kingdom's is 63 million. He's topped charts from Austria to Australia. He's sold-out stadiums from Tokyo to Tampa. He re-defined popular music with his debut solo album, 1987's Faith and has subsequently crafted a substantial, enormously popular body of work.
back to top