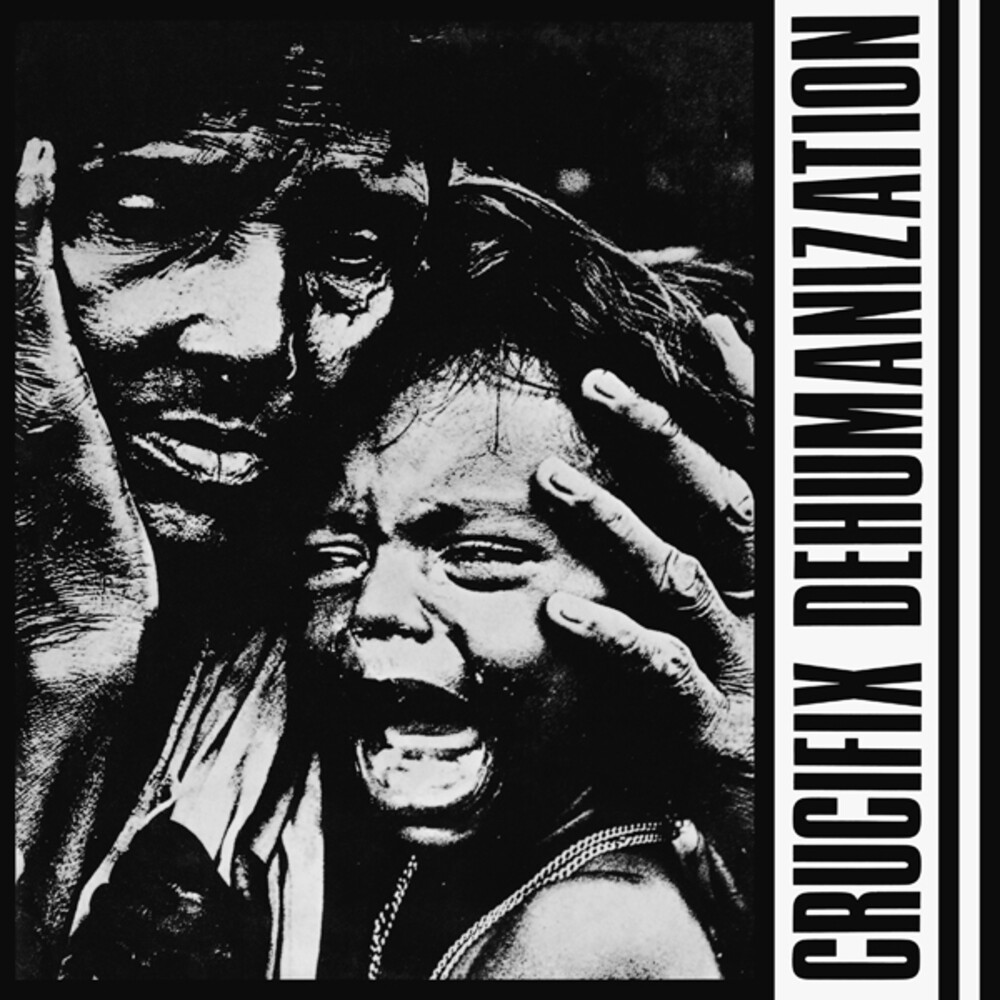 Dehumanization is the only full length album from the band Crucifix. Recorded in 1983, it is considered a classic American hardcore album and a landmark of anarcho-punk.Dehumanization delivers a raging critique of war, violence, displacement, and the decimation of human rights and human dignity-themes at once global in scope and also completely endemic to Reagan-era America. The intensity of this message is matched only by the intensity of the sound: a heavy minimalist construction built on brutal guitar riffs, low-end distortion, hardcore fury and teenage speed. It is an album of pure raw power, a hot blast of personal and political outrage and musical adrenaline.Fusing California hardcore with metal and second wave British anarcho-punk, Crucifix carved out their own highly distinctive wall of sound on this release. Ignoring the rules of punk purism in favor of a well produced huge guitar sound, the album preceded much of the hardcore metal crossover of the mid-80s and played an influential but often unacknowledged role in the punk and metal subgenres that followed. "Annihilation," the album's opening track, has become iconic. Quoted often, it's been sampled by Orbital and covered by A Perfect Circle and Sepultura. The original vinyl version of Dehumanization was released on the Crass Records offshoot label Corpus Christi in the UK, and has been out of print since the 1980s. This new Kustomized re release has been carefully remastered from an original vinyl source and adheres closely to the audio quality of the original. In addition, the six-panel foldout poster sleeve has been reproduced in it's entirety. Taken together, the words, music and graphics of Dehumanization form a complete work and a resonant and enduring document of the period.