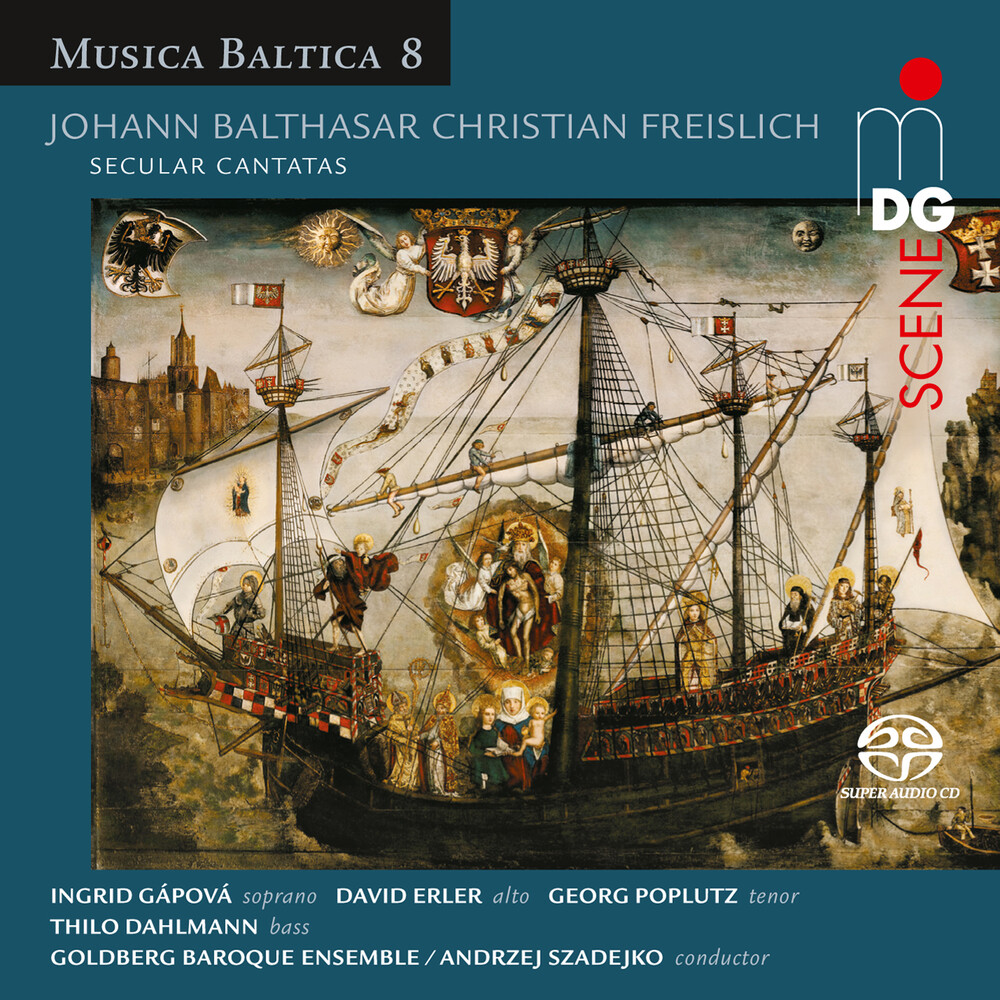 A mere two years younger than Johann Sebastian Bach, his music already points to the next generation: Johann Balthasar Christian Freislich was musically absolutely on the cutting edge. Far away from the traditional music centres of Europe, he created works that reconciled the highly topical gallant to sensitive style with the opulent taste of the probably rather conservative Gdansk bourgeoisie. Andrzej Szadejko and his Goldberg Baroque Ensemble present three of Freislich's secular cantatas; another jewel in the attractive MDG series of the rich Baltic musical heritage. Freislich was employed as Kapellmeister at St. Mary's Church, but he always found opportunities to compose on secular occasions, such as the 300th anniversary of the liberation of Gdansk and all of Prussia from the rule of the Teutonic Order in 1754. Of course, kettledrums and trumpets are an essential part of such a festival. Festive choirs and highly virtuoso arias in "Auf Danzig, auf" once again testify to the outstanding musical level of the Baltic metropolis. In Gdansk, grammar school teachers were still introduced in style: in 1749, a cantata was written for the occasion, "Children of the Muses", which sang of the interaction of the arts and sciences. The immediate tone painting, which Freislich also uses here again and again, is marvelous, for example the blind groping, staggering, stumbling, wandering of the uneducated, who has lost the leader - i.e. The teacher. The solo cantata "Eilet, ihr beglückten Schiffe" is particularly unusual and charming, which bassist Thilo Dahlmann knows how to render with a deft voice and acting expression. He praises "Schnupftobak, Caffee und Thee" as a panacea, "wise people panacée". Here Freislich also knows how to make himself at home in various national styles: Of course, the polonaise should not be missing, but French flair is also spreading - a real discovery!