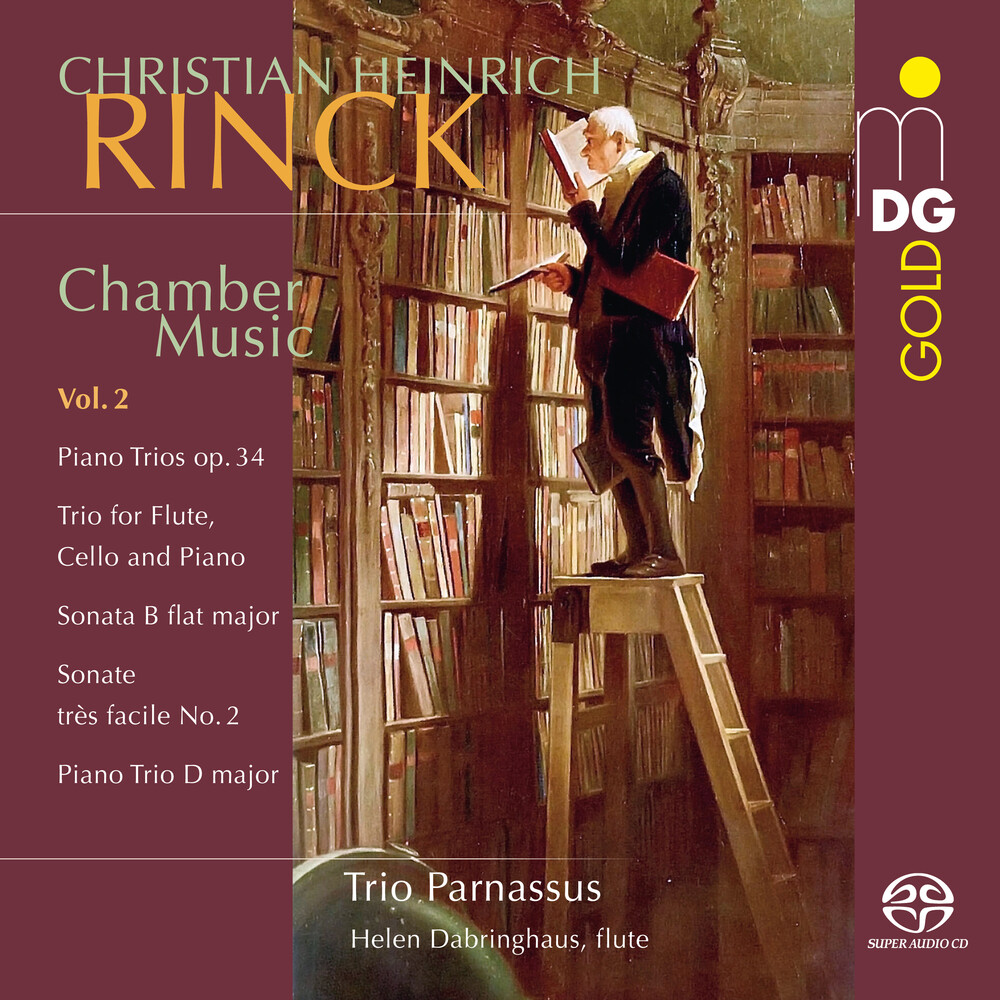 The Trio Parnassus already caused a sensation with the world premiere recording of Vol. 1 of the chamber music works of Johann Christian Heinrich Rinck, who celebrates his 250th birthday this year. Since it's beginnings, the Trio Parnassus has dedicated itself to long forgotten music. Once again, the spirit of discovery is rewarded, and with beautiful sound enhancement by Helen Dabringhaus on the flute, this highly welcome new release also shows: it may not always be Beethoven! Rinck prefers the smaller form, some of the piano trios even consist of only one or two movements. An exception is the large Trio in D major, which already claims a higher standard with the slow introduction. Instead of detailed motivic work, however, the composer usually prefers original ideas; at most in the 3rd Trio from op. 34, a bit of Beethoven shines through. Only rarely does Rinck use a minor key, the cheerful tone clearly predominates. The Trio for flute, violoncello and piano is highly original, with an indescribably beautiful slow middle movement, framed by folk echoes in the outer movements. The fact that Rinck once again calls the violin sonata recorded here a "Sonata trĂ¨s facile" seems bold in view of the very demanding instrumental-technical requirements - as an accomplished pedagogue, he is probably more interested in the pleasing character of the Preziose, whose gallant style is reminiscent of Mozart's contributions to the genre. Even though Rinck is of the same age as the currently omnipresent Beethoven, the music could not be more different: rococo lightness meets romantic sentiment, there is no trace of brooding Sturm und Drang. But what the four musicians make of it is far more than fine entertainment and makes listening to this album, which is also sophisticated in terms of sound technology, a pure pleasure.