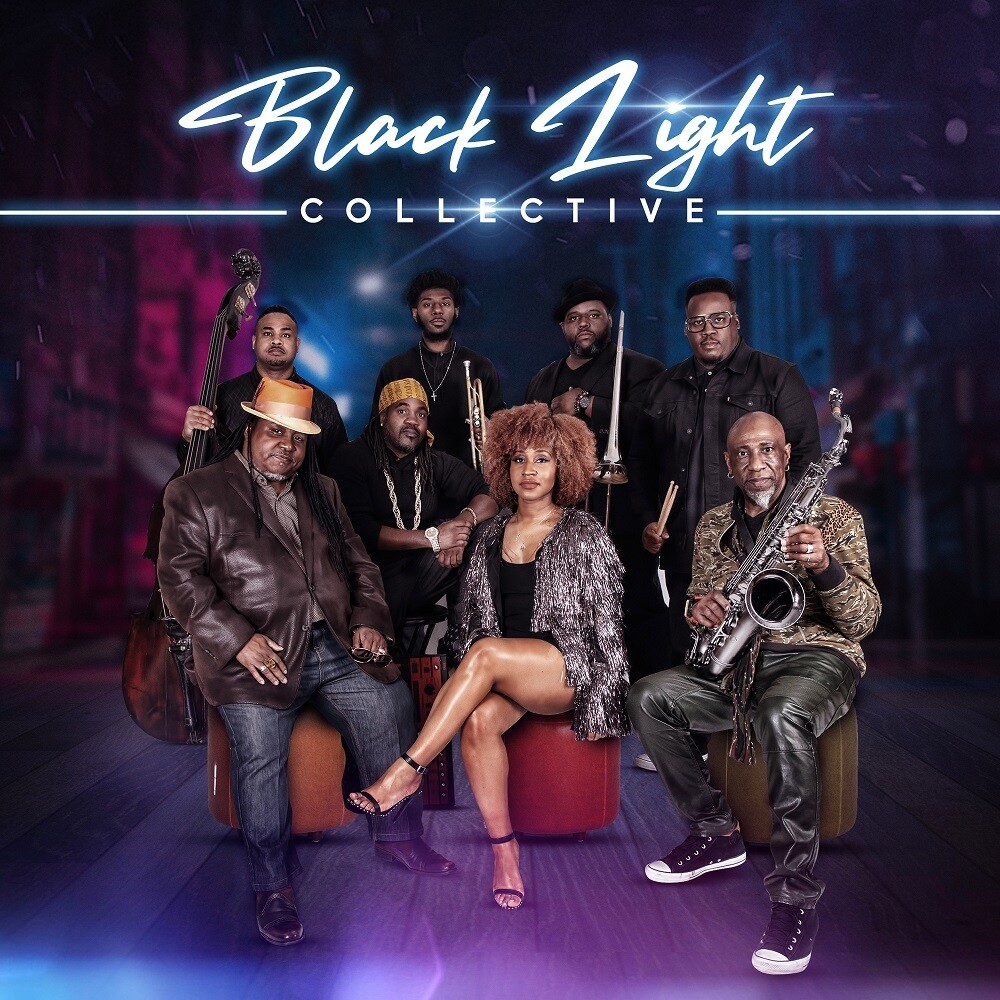 Black Light Collective, based in Detroit, Michigan, is the brainchild of Producer/Saxophonist Dave McMurray. It is a homage to the jazz of the 60's & 70's, when the music had groove, creativity, and a message. Musicians had something to say and weren't afraid to say it. Jazz was a necessity of expression for both the artist and the listener. That's Black Light Collective. The sound of freedom, hope, survival, fun, and the future. Producer Dave McMurray, who plays saxophone, flute, and AE-10, recruited some of the best musicians in the Motor City. Rayse Biggs, trumpeter and McMurray's fellow Was (Not Was) alumni Luis Resto on keyboards, best known for his work with Eminem and 50 Cent. Also on board is percussionist Larry Fratangelo, known for his work on all of the Parliament/Funkadelic classics. McMurray also features young guns Trombonist Kenneth Gill and trumpeter Allen Dennard, both leaders in their own right. Young vocalist Isis Damil is an old soul. She carries on the tradition of Betty Carter and Abbey Lincoln. The album also features Malik Alston on piano and vocals, dropping some knowledge on "We Have Been Assimilated". Coming from Dave's touring group "D3", the rhythm section of bassist Ibrahim Jones, drummer Jeff Canady, and Maurice O'Neal on keyboards keeps it fresh and driving. Sowande Keita on Djembe and guitarist Showboat Shavers round out the group with gusto. In concert, Black Light Collective delivers a powerful performance, funky and imaginative. Black Light Collective is an album that will make the old-schoolers think back and will blow the minds of the young guns, illustrating to both that the messages of the 70's are still relevant today. The Motor City has always been a mecca of jazz, rock, soul, and funk. Blending all of these, Black Light Collective is pure Detroit.