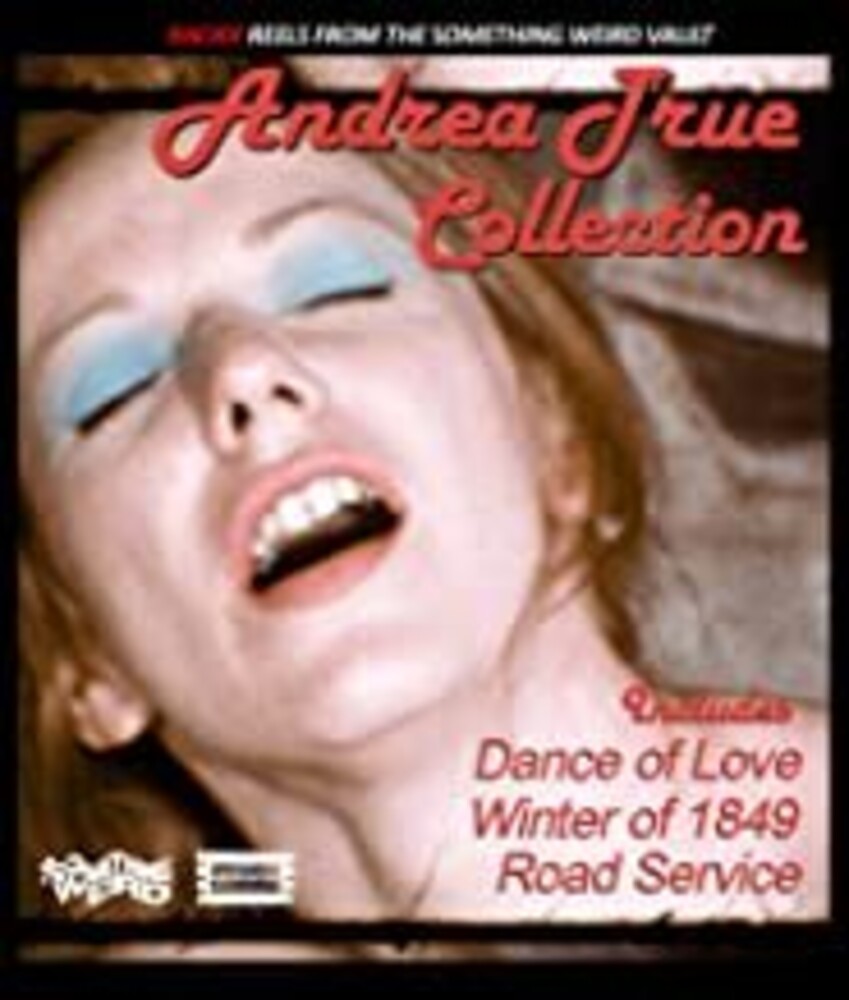 In 1976 the single "More, More, More" rose to number 4 on the billboard charts and went on to become one of the most popular hits of the Disco Era. Sung by adult film actor Andrea True, who would star in over 50 hard-core films before retiring in 1979, "More, More, More" and the Andrea True Connection symbolized the crossover dreams of many of the adult film actors in the Golden Age of Porn. Alternative Cinema and Something Weird present three rare, down-and-dirty films starring Andrea True at the height of her career. Dance of Love (1974) Dir. Leonard Kirkman Stars Andrea True, Lynn Stevens, Eric Edwards In this one-day wonder from adult film director Leonard Kirkman, True stars as mature prostitute and nightclub owner Lindy who initiates a young male patron to sex while her friend and club dancer (Lynn Stevens) gets down with a variety of customers. The Winter of 1849 (1976) Dir. Rik Taziner Stars: Andrea True, Sunny Summers, Dede Bond True stars as one of three sisters living a hand-to-mouth existence in a desolate frozen landscape when their cabin is invaded by three hungry, horny escaped convicts. Road Service (1973) Andrea True, Helen Madigan, Jamie Gillis, Marc Stevens True plays the mother to an eccentric family including Marc Stevens and Helen Madigan as the nympho daughter in this comic and off-beat story, welcoming a pair of motorists into their home amid rumors of a serial rapist