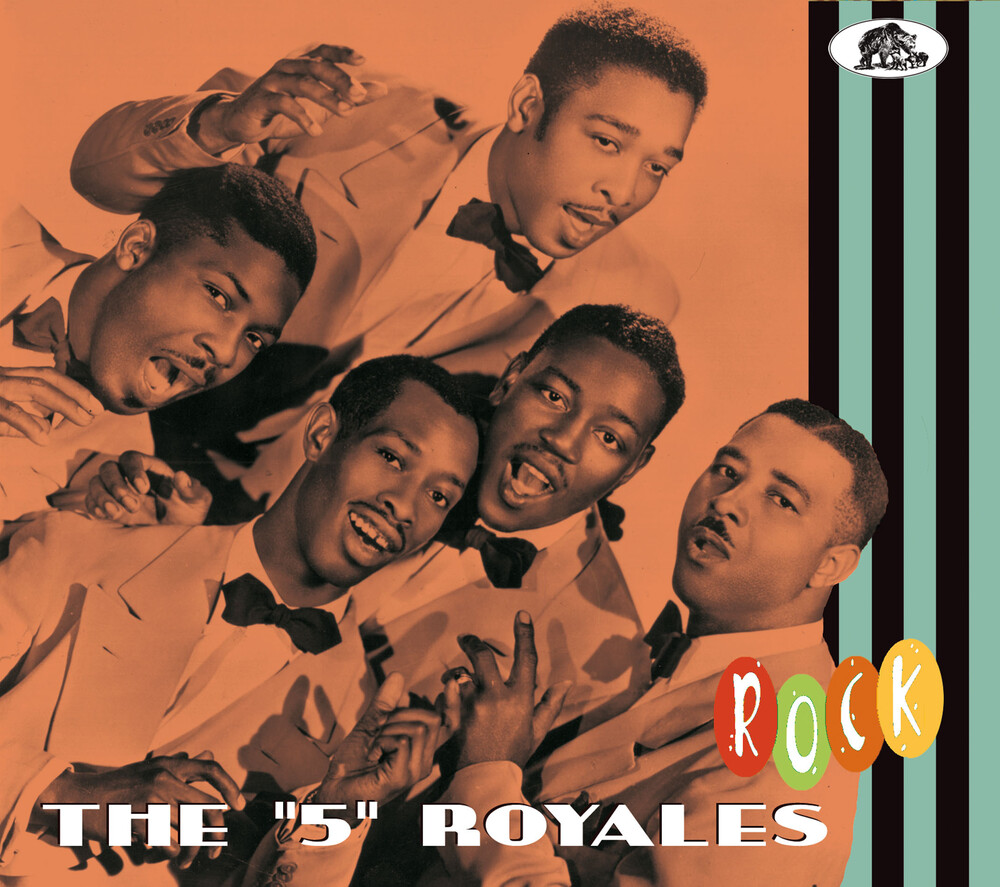 -With the fantastic "5" Royales, we introduce another significant element in the transformation of African-American music from gospel to R&B to soul in our 'Rocks' CD-series. -Bear Family outlines the vocal quintet's journey from a pure gospel group to one of rhythm 'n' blues' most successful formations. -From their beginnings on Apollo Records to their outstanding recordings for King, we deliver the quintet's best powerful songs. -The energetic playing of guitarist Lowman Pauling, Jr. Influenced later peers such as Steve Cropper, who was instrumental in shaping the Stax sound in the '60s. -Competent and meticulously researched liner notes by Chicago black music expert Bill Dahl in the richly illustrated booklet; 6-page digipak. Like Clyde McPhatter and Ray Charles, The "5" Royales played a seminal role in combining melismatic gospel vocals with rhythm and blues lyrics and instrumentation to help invent soul music. The powerhouse vocal quintet from Winston-Salem, North Carolina started out belting spirituals exclusively, but after signing with New York's Apollo Records in 1951 detoured onto a secular route. They were unabashed rockers, as Bear Family's new compilation of their sides makes abundantly clear, from their earliest Apollo classics (1953's R&B chart-topper Baby Don't Do It and the delightfully ribald Laundromat Blues are prime examples) through their prolific heyday on the King label. Their principal source of material, Lowman Pauling, Jr., unleashed his previously undocumented lead guitar work from 1957 on so lethally that it became a prime component of the Royales' attack, slashing through their '57 hit Think and deeply influencing Stax guitar king Steve Cropper's developing style. The unholy marriage of sanctified and secular never rocked harder than when The "5" Royales were positioned behind a microphone!