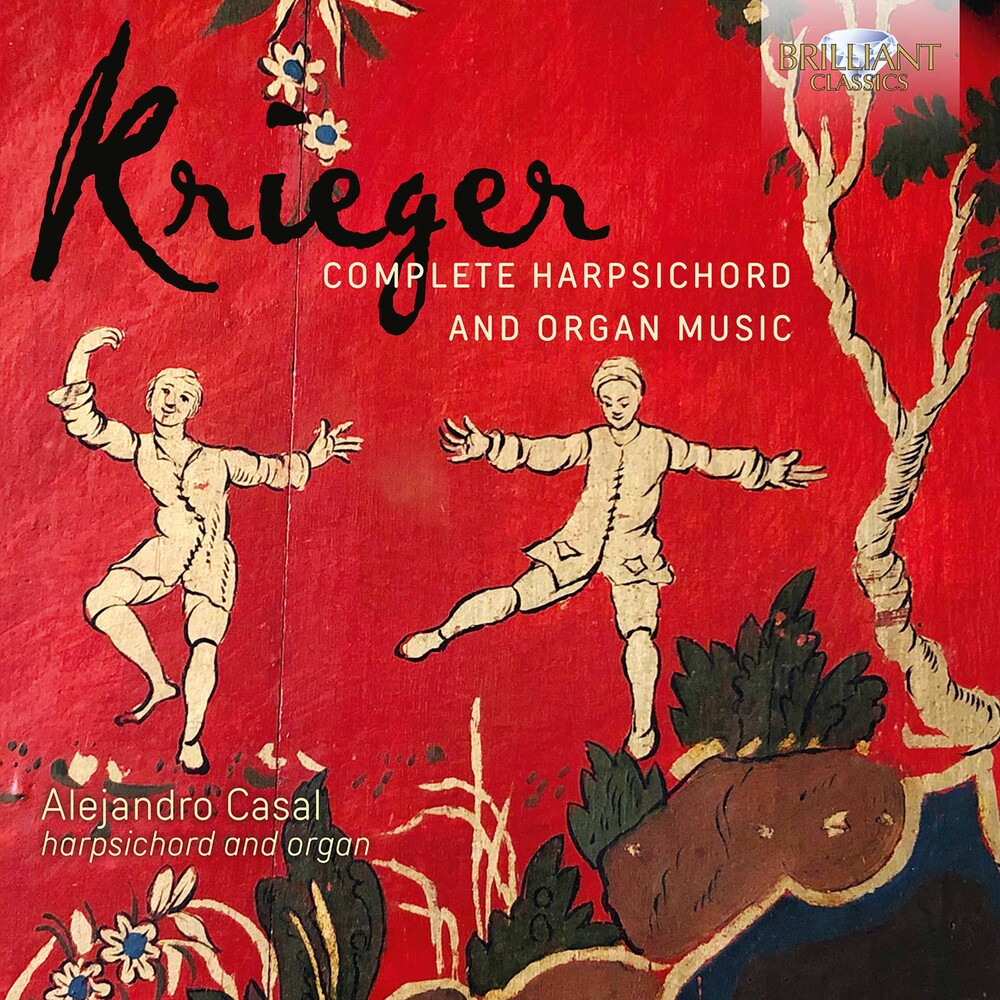 Johann Krieger (1652-1735) won the esteem of Handel, no less, for the skill of his counterpoint and the inventive power of his organ music. For the theorist Mattheson, Krieger was likewise the pre-eminent exponent of complex counterpoint in his generation. Yet music-lovers have hitherto been able to sample Krieger's work only in excerpted compilations. The present album occupies a unique place in the catalogue as by far the most extensive recorded survey of Krieger, containing his two published collections of keyboard music. Album 1 is filled with the six harpsichord suites which were published in 1697 in Krieger's home town of Nürnberg, though by then the composer himself was employed as an organist in the Saxon town of Zittau: a post he filled for 54 years until his death. The Suites are themselves prefaced by an elaborate fantasia, and they contain the standard sequence of dance numbers - allemandes, courantes, sarabandes and gigues. Published two years later, the Anmuthige Clavier-Übung was probably written earlier, and functions as a small library of preludes, ricercares, fugues, fantasias, toccatas and a chaconne, which are not grouped together by key. Both collections make clear that Krieger deserves to rank with Fischer, Kuhnau and Pachelbel as one of the outstanding German keyboard composers of the generation before Bach. Boccaccio has paid careful attention to the details of old fingering techniques; the resultant variety in phrasing and articulation gives new life to figurations that with a more modern legato approach can seem plain. As his own booklet note explains, he has also taken considered decisions about when discreet ornamentation can enhance the music's impact and when to let Sweelinck's notes